What happens when government intervenes in markets

This is what single-payer healthcare will turn into, regardless of which party is in control.

Per the New York Times:


Two Florida doctors who received the nation’s highest Medicare reimbursements in 2012 are both major contributors to Democratic Party causes, and they have turned to the political system in recent years to defend themselves against suspicions that they may have submitted fraudulent or excessive charges to the federal government.

The pattern of large Medicare payments and six-figure political donations shows up among several of the doctors whose payment records were released for the first time this week by the Department of Health and Human Services. For years, the department refused to make the data public, and finally did so only after being sued by The Wall Street Journal.

Topping the list is Dr. Salomon E. Melgen, 59, an ophthalmologist from North Palm Beach, Fla., who received $21 million in Medicare reimbursements in 2012 alone....

Dr. Melgen’s firm donated more than $700,000 to Majority PAC, a super PAC run by former aides to the Senate majority leader, Harry Reid, Democrat of Nevada. The super PAC then spent $600,000 to help re-elect Senator Robert Menendez, Democrat of New Jersey, who is a close friend of Dr. Melgen’s. Last year, Mr. Menendez himself became a target of investigation after the senator intervened on behalf of Dr. Melgen with federal officials and took flights on his private jet.

Posted by Scott A. Robinson at 8:00 AM No comments: Links to this post

The truth about the gender pay gap

This false narrative pushed by the President of our country of the supposed "gender pay gap" is simply maddening. It's such an awful misrepresentation that even the liberally-biased media is starting to catch on and call him out on it. The reality is, the President's signature legislation, the not-so-Affordable Care Act, is a complete and total disaster so he's attempting to change the narrative to keep Democrats from being completely annihilated in the mid-term elections.

Here are a few videos and links that point out the obvious for those who don't understand why saying women make $0.77 for each $1.00 men make and making claims of "equal pay" for "equal work" are completely different arguments, or merely a cause of correlation and causation having no relationship whatsoever.


Read more »
Posted by Scott A. Robinson at 9:00 AM No comments: Links to this post

Idaho woman learns to ‘stand’ after betrayal, adultery and murder

In the early hours of March 12, 2011, Ashlee Birk of Meridian, Idaho, walked into her closet and pled with God for what she calls a “do over.” She needed a heavenly explanation for all that had just shattered her forever family.

Ashlee fell to her knees and pled for peace, her face soaked in the rare kind of tears few of us ever have to experience. Despite the ice-cold shock of the night, the cries of her baby and the dueling, fierce floods of anger and grief, she felt a peace wash over her.

Then, in that quiet closet, she was greeted by the loving whispers of the still, small voice.

Read more »
Posted by admin at 9:35 AM No comments: Links to this post

The most important five minutes of your day

Our republic is a system based on checks and balances. However, when one branch becomes more powerful that the others and is not put back into its place, the risk of destabilization, tyranny, and unrest of the populous increases dramatically.

George Washington University Law Professor Jonathan Turley, a supporter of President Obama, in testimony before Congress this week describes our current constitutional crisis that both Presidents Bush and Obama have played is significant role in creating. Turley opens his comments stating, "The rate at which executive power is being concentrated in our system is has accelerated and frankly I'm very alarmed by the implications of that aggregation of power".

Watch the rest below. It may be the most important five minutes of your day.

Posted by Scott A. Robinson at 8:29 AM No comments: Links to this post

The story that wrote itself: Rand Paul Presidential front-runner

Since winning his first election in 2010 and taking his seat as a United States Senator in 2011, most everyone who pays attention has known Rand Paul was setting the stage for a 2016 or 2020 presidential run. In fact, it seemed that his father's 2012 run was really about keeping the Paul brand name alive and well.

Although not perfect, Rand Paul's 2016 candidacy has been well crafted from the beginning of his public life. Paul's positions, or perceived positions by virtue of his father, align more closely to Libertarians and Independents but he has managed to find a niche within the Republican Party, providing the electability to succeed in the primary and potential coalition to win the general election.

Ron Paul was an old, curmudgeonly outsider pounding on the door. Rand Paul is a smooth, comfortable communicator who has strategically placed one foot on either side of the threshold.

I’m still not dying, but I do have celiac disease

A year ago in this column, I described my relief at getting a clean bill of health from my doctor. My mother had insisted I was hitting the age where an annual physical was mandatory, and she threatened that if I didn’t schedule a checkup, she’d cut me off from inheriting her extensive thimble collection.

I agreed. After all, I’d worked hard to lose weight — 46 pounds to be exact — and it made sense to undergo the 500-month inspection.

The doctor checked all right gauges, rotated the tires and told me I wasn’t dying. “You’re just skinny,” she said, before finishing with a well-intentioned lecture about getting more sleep.

Read more »
Posted by Scott A. Robinson at 9:30 AM No comments: Links to this post

Left versus right and right versus left

It is important to understand where we came from. The United States of America at its founding was the greatest experiment in freedom every conceived. However, those freedoms are eroding every year as more government becomes more entrenched in our personal lives and the federal government takes greater control of state governments, primary through funding with strings. It is wise to remember that as government gains more power over its people, the people are never better off as the power corrupts the small few leading the government.

Today Daniel Hannan reminds us of the political spectrum, which is important because no one wants to be associated with the Nazi party, but it is important to understand what it was. The reality is, the name "Nazi" stands for: "National Socialist German Workers’ Party." Hannan clarifies:

Read more »
Posted by Scott A. Robinson at 10:40 AM No comments: Links to this post

It’s a basic economic principle that when you create a price floor, inefficiency is created. Another basic principle is when you tax something, thereby artificially raising its price, you get less of it. If the government one day determined that hotel and motel owners simply don’t make enough per room and passed a law that determined no room shall be rented for less than $150 per night, then people who prefer less expensive accommodation that typically is of lower quality, such as Motel 6 or Super 8, with less service will be far less likely to stay in hotels, though it’s unlikely that the brands on the lower-end of the quality spectrum will even be able to stay in business while the brands whose rates are near or about $150 would not be similarly impacted.

This is exactly how a price floors impact any good that is bought and sold, include the most basic good that most people have to sell, their skills and abilities. Paul Krugman’s text, Microeconomics in Modules, says: “Just like price ceilings, price floors are intended to help some people but generate predictable and undesirable side effects.” One of the most significant of these effects is surpluses. The government has had price floors in place for many agricultural products since the 1930s, which creates surpluses. To prevent surpluses, the government then has to create other programs to attempt to solve the inefficiencies created by its original programs. In the case of agriculture, the government buys the excess product, which is a wasted resource or it pays farmers not to grow food. In the same way, the government pays employees not to work through “unemployment” and various other government programs.

Read more »
Posted by Scott A. Robinson at 1:40 PM 2 comments: Links to this post

The Olympics remind us there is beauty in losing

It’s time for the sports world to write the last of the 98 goose-bump gold medal stories from the Winter Olympic Games in Sochi, Russia. 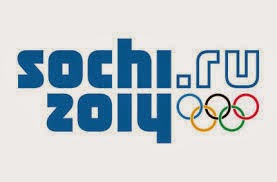 That’s right, there are less than 100 gold medals to spread across 2,800 athletes. So if you’re one of the Olympians from 88 countries battling over the remaining 196 silver and bronze medals, odds are the only thing you’re taking home is a selfie with the Jamaican bobsledders and a set of Russian nesting dolls.

"Stimulus” is always sold to the public as a sound economic principle based on the Keynesian theory that government should spend during slow periods of the business cycle to smooth out the bumps in an otherwise cyclical economy. The concept is essentially that if the government spends money, people make income and with that income spend money they wouldn’t have otherwise had, thereby funding other people’s employment and on and on, regardless of where the government puts the money.

However, politicians long ago learned that an easy way to win votes is to indirectly buy votes. Using John Maynard Keynes’ theory as their authority, “stimulus” is now a commonly accepted practice. President George W. Bush’s “Economic Stimulus Act of 2008,” spent $152 billion of tax payer money. That was followed up in 2009 with Barack Obama opening his Presidency with “The American Recovery and Reinvestment Act which has spent $816.3 billion of tax payer funds since its inception.